Kamoa-Kakula Copper Project secures US$420 million in project-level credit facilities, including a EUR 176 million (US$211 million) covered equipment financing facility with a US$9 million down-payment facility, and a US$200 million line of credit from Zijin MiningThe credit facilities will be used to accelerate Kamoa-Kakula’s Phase 2 expansion to 7.6 million tonnes per annum to Q3 2022, significantly ahead of scheduleKamoa-Kakula’s outstanding economics are combined with first-class sustainability and social initiatives in keeping with the project’s goal of producing the world’s “greenest copper”

KOLWEZI, DEMOCRATIC REPUBLIC OF CONGO – Ivanhoe Mines (TSX: IVN; OTCQX: IVPAF) Co-Chairs Robert Friedland and Yufeng “Miles” Sun announced today that Kamoa Holding Limited, the joint-venture holding company of the Kamoa-Kakula Copper Project in the Democratic Republic of Congo (DRC), has secured an equipment financing facility of up to EUR 176 million (approximately US$211 million), together with a US$9 million down-payment facility. The two facilities will be used by the project to purchase underground mobile mining equipment and services from leading Swedish manufacturers Sandvik AB and Epiroc AB, and Finnish manufacturer Normet Oy.

In addition, Gold Mountains (H.K.) International Mining Company, a subsidiary of Zijin Mining Group, has provided Kamoa Holding Limited with a limited recourse line of credit of US$200 million secured by the project’s pre-production ore stockpiles to fund the Phase 2 concentrator expansion. US$200 million is sufficient to cover the cost of the second, 3.8 million-tonne-per-annum (Mtpa) concentrator module at the Kakula Mine – doubling the mine’s processing capacity from 3.8 Mtpa to 7.6 Mtpa.

At the end of October 2020, the project’s pre-production surface stockpiles contained approximately one million tonnes of high-grade and medium-grade ore at an estimated grade of 3.47% copper. An additional 622,000 tonnes of low-grade development ore also has been stockpiled on surface. The project is positioned for a significant acceleration in the tonnage, as well as a marked increase in the grade, of ore added to the surface stockpiles as more mining crews soon will begin working in the higher-grade areas of the Kakula and Kansoko mines. The pre-production surface stockpile figures will be updated imminently to reflect November’s production.

The combined funds from the credit facilities will be used to fast track the overall development of Kakula’s Phase 2 module, including the mill and associated infrastructure, as well as to accelerate mining activities at the Kakula and Kansoko deposits to keep both concentrator plants operating at full capacity. The additional funding is expected to accelerate the completion of the Phase 2 mill expansion from Q1 2023 to Q3 2022.

Kamoa-Kakula expects to soon draw down the equivalent of approximately US$50 million of the equipment financing and down-payment facilities to account for the large fleet of mobile mining equipment already purchased and in operation at the Kakula Mine.

Phase 1 copper production at the Kakula Mine scheduled to begin in July 2021; Phase 2 development officially underway

Mr. Friedland commented, “Kamoa-Kakula remains solidly on track to begin Phase 1 copper production in July 2021, and these two non-dilutive, project-level credit facilities allow us to draw down funds as needed to execute the Phase 2 concentrator plant expansion project well ahead of our previous schedule. We share this vision for project optimization and advancement with our partners at the Kamoa-Kakula Project.

“Collectively, we have a very positive outlook for copper prices in the coming years; so we want to ensure that the operation reaches its near-term production capacity as expeditiously as possible, while also maintaining our strong balance sheet. Given today’s uncertain macroeconomic environment, we view these credit facilities as judicious and timely, with an amortization schedule that fits well with the planned start-up of Kamoa-Kakula’s Phase 2 expansion, which is expected to significantly increase the project’s cash-generating capabilities.

“The recent, independently-prepared pre-feasibility study for the expanded, 7.6 Mtpa mining operation – sourcing ore from both the Kakula and Kansoko mines – highlights the exceptional economic returns of this second phase development. Using a copper price assumption of US$3.10 a pound, the study outlines an after-tax NPV8% of US$6.6 billion and an IRR of 69% over a 37-year mine life, as well as payback of just 2.5 years,” Mr. Friedland added. “The pre-feasibility study also assumed that financing will be on the basis of 100% equity, so we have the opportunity to significantly increase returns by leveraging these credit facilities.”

Kakula is projected to be the world’s highest-grade major copper mine with an initial mining rate of 3.8 Mtpa at an estimated average feed grade of 6.6% copper over the first five years of operation. Kamoa-Kakula also is forecast to become the world’s second-largest copper mine through a series of phased expansions to 19 Mtpa or more.

The long-lead items for the second 3.8 Mtpa concentrator plant have been ordered and the second phase of the project’s development officially is underway. Requests for tenders for the second-phase earthworks and civil works also have been issued.

The full scope of the Phase 2 expanded facilities includes the underground expansion at the Kakula Mine to reach an annual production rate of 6 Mtpa, the commencement of commercial mining operations at the Kansoko Mine at a 1.6-Mtpa steady state, a second 3.8-Mtpa concentrator module at Kakula, and associated surface infrastructure to support the expansion at the various sites. A portion of the Phase 2 capital expenditure and subsequent expansions are expected to be funded by cash flows.

A recent independent audit of Kamoa-Kakula’s greenhouse gas intensity metrics performed by Hatch Ltd. of Mississauga, Canada, a leading, international environmental consulting firm, confirmed that Kamoa-Kakula will be among the world’s lowest greenhouse gas emitters per unit of copper produced, validating the project’s commitment to be a leader in environmentally-responsible copper mining.

Kamoa-Kakula will be powered by clean, renewable hydroelectricity and approximately one half of the mine’s tailings will be mixed with cement and pumped back underground to fill mined-out voids, resulting in a surface tailings containment facility that is tiny compared to other major mines.

The EUR 176 million (approximately US$211 million) equipment financing facility has an interest rate of 3.24%. The facility has an availability period of three years and amortizes over a period of five years from utilization and is tied to underground mining equipment at the Kamoa-Kakula Project. EKN has provided both political and commercial cover to the lenders and will receive a one-off premium per tranche’s first utilization that will average no more than 9.49%.

The equipment financing facility will be used for the purchase of best-in-class, mechanized underground mining equipment from Swedish companies Sandvik AB and Epiroc AB, and Finnish company Normet Oy, three of the world’s leading suppliers.

Preparing for a blast in one of Kakula’s high-grade access drives using a Normet Charmec emulsion charge-up vehicle from Finland. 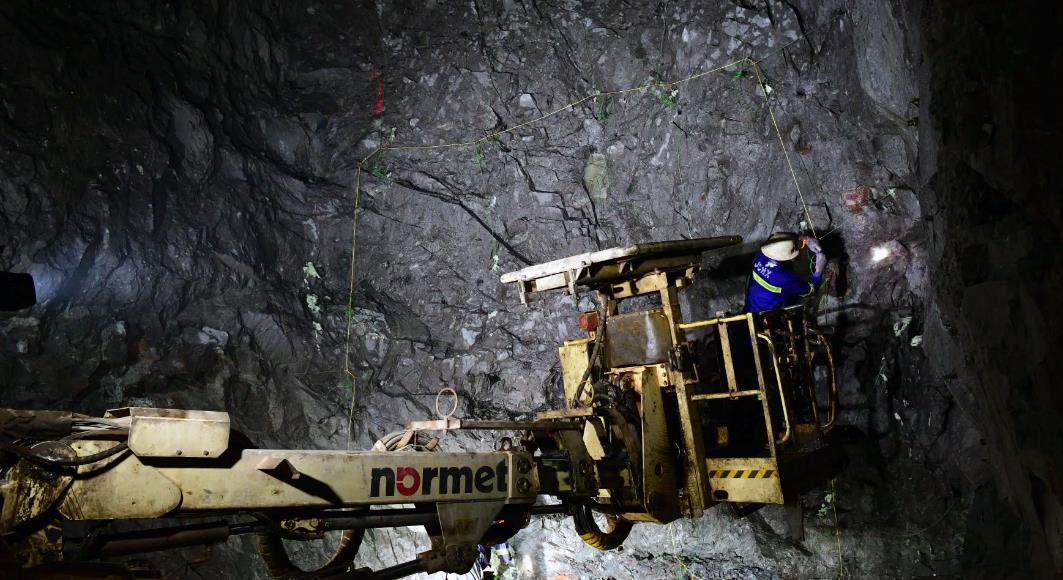 The US$9 million down-payment facility has an interest rate of 9.19% and will be amortized over four years. This facility is being provided by Standard Bank DRC.

This facility is available for the financing of the mining equipment for Phase 1, and may be upsized by a further US$15 million for the Phase 2 mining equipment, subject to mutual agreement between Kamoa Copper and Standard Bank DRC.

The equipment finance is secured only by the equipment that is being financed. The down-payment facility is unsecured. No guarantee is required from any of the sponsors or parent companies with Kamoa Holding Limited issuing a non-binding Letter of Support, confirming its support for the project.

Drawdowns under the equipment finance facilities remain subject to a number of conditions precedent customary for facilities of this nature.

Zijin line of credit secured by the surface ore stockpiles

The US$200 million line of credit provided by Zijin has an annual interest rate of 10% per annum; however, interest will be capitalized and shall not be payable until commercial production commences at the Phase 2 concentrator. The line of credit may be drawn for a period of three years from the initial drawdown, in line with the approved budget for the project. Repayment of principal amounts of the line of credit will not commence until six months after commercial production at Phase 2, or by July 31, 2023 at the latest.

The line of credit is secured by the surface ore stockpiles at the Kakula and Kansoko mines, and once payments come due, will be repaid out of the mine’s excess free cash flow before repayment of shareholder loans. Excess free cash flow will be determined annually, and will be equivalent to annual revenue, less operating charges, taxes, royalties, and capital expenditures. It also allows for a working capital allowance and provides Kamoa Holding with a minimum cash balance equal to 25% of forecast capital and operating expenditure for the forthcoming year.

The line of credit may be prepaid and Ivanhoe Mines has the right to advance to Kamoa Holding up to 50% of the then outstanding principal amount plus the accrued but unpaid interest, which funds would be used by Kamoa Holding to repay one half of the line of credit that would then result in both joint venture partners having advanced equivalent amounts for the Phase 2 development. The maturity date of the line of credit is five years from initial drawdown, but may be extended by a further two years subject to mutual consent.

At the end of October 2020, the project’s pre-production surface stockpiles contained approximately one million tonnes of high-grade and medium-grade ore at an estimated grade of 3.47% copper, containing approximately 35,000 tonnes of copper. An additional 622,000 tonnes of low-grade development ore also has been stockpiled on surface.

The contained copper in the project’s pre-production stockpiles is projected to grow to approximately 125,000 tonnes by July 2021, when the Phase 1 copper production is forecast to begin. 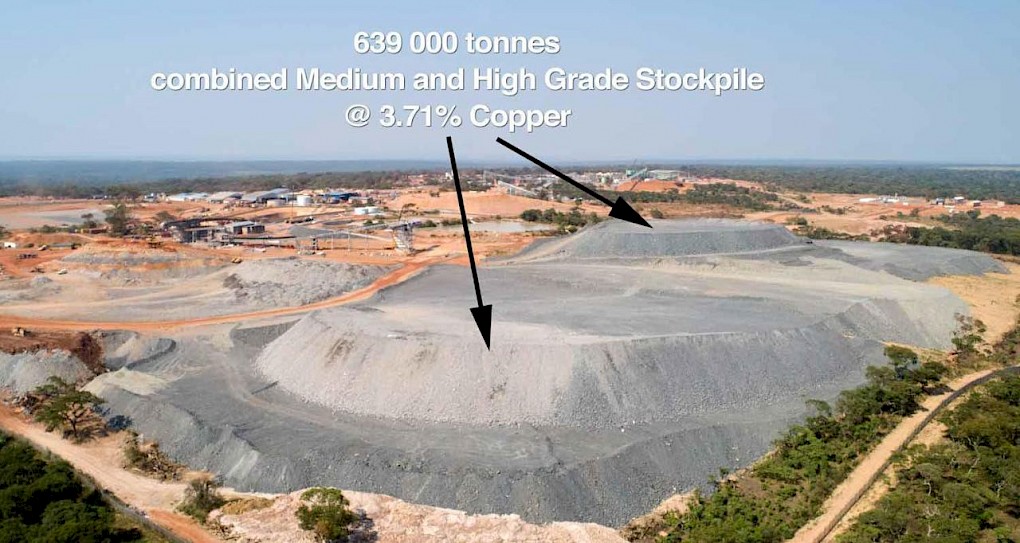 Chart 1: Cumulative tonnes and grade of pre-production ore stockpiles at the Kakula and Kansoko mines from May 2020 to October 2020. 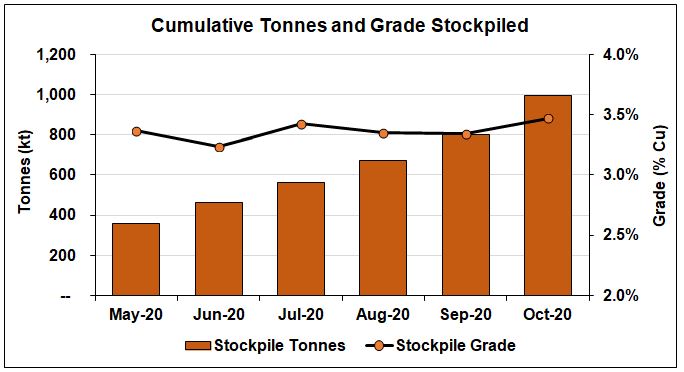 Chart 2: Growth in contained copper in pre-production ore stockpiles at the Kakula and Kansoko mines from May 2020 to October 2020. 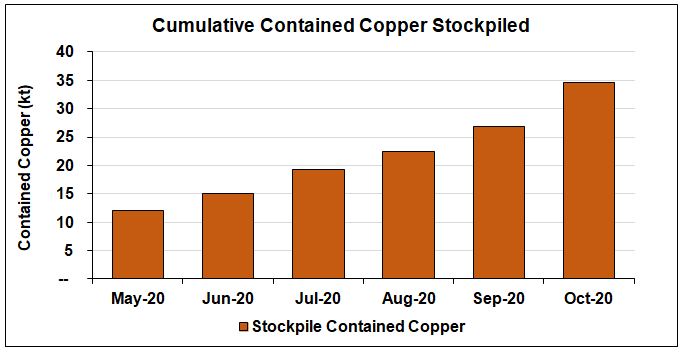 Chart 3: Projected growth in contained copper in the pre-production ore stockpiles at the Kakula and Kansoko mines up to the planned start of Phase 1 production in July 2021. 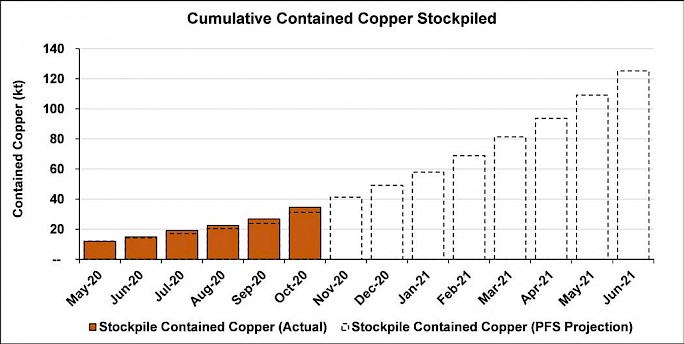 The Mwadingusha hydropower plant in the DRC that Ivanhoe and Zijin are upgrading in a private-public partnership venture with the DRC’s state-owned power company, La Société Nationale d’Electricité, to provide long term, environmentally-friendly electricity for Kamoa-Kakula and the Congolese people. 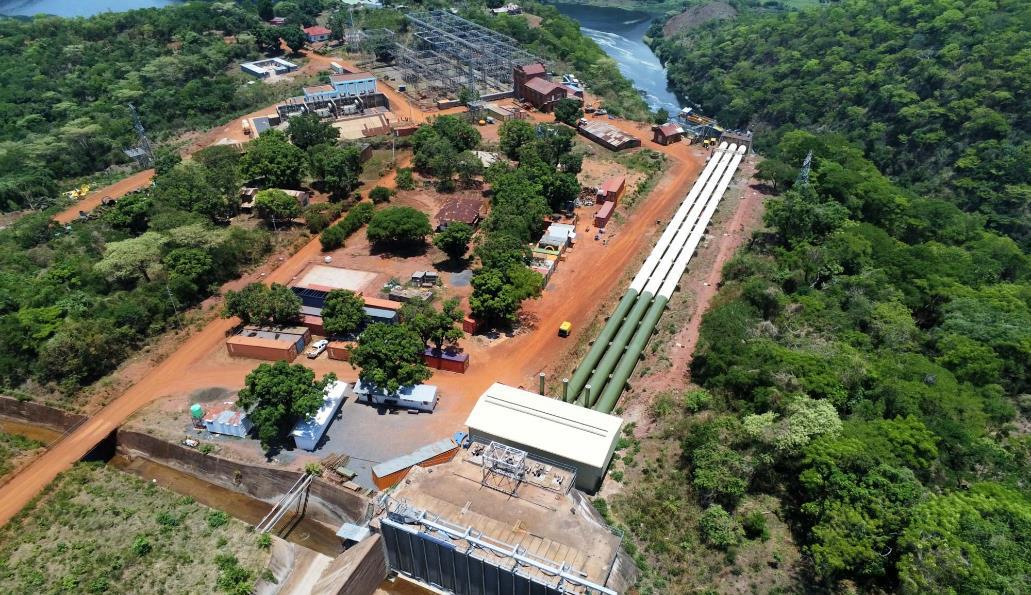