A look at the day’s major movers, including Petrel Resources, Firestone Diamonds and Argos Resources

Due to a recent change in the demarcation of the landward versus seaward licensing boundary, which has now placed most of the Poole Bay area under landward jurisdiction, a joint venture group of which Baron is a part has decided to decline the petroleum licence offered over the remaining, seaward parts of blocks 98/11b and 98/12.

“We agree with the group’s decision to decline this amended petroleum licence. These changes do not affect our existing licences and the areas of interest previously identified by the joint venture group remain unlicensed and can be considered for application in the next Landward Licensing Round,” said Malcolm Butler, the executive chairman of Baron.

10.30am: Petrel dives after takeover hopes are dashed

Shares in Petrel Resources PLC (LON:PET) dived 16% to 5.75p after plans for a concert party to take a 51%  stake received regulatory approval.

The Irish Takeover Panel said it was OK for a group of investors to increase their combined stake in the company to 51% without triggering a takeover offer for the company.

The proposals still have to be approved by shareholders, who will get to vote on the matter at an extraordinary general meeting to be held in Dublin on 21 November.

Firestone Diamonds PLC (LON:FDI) announced a resumption of production at its Liqhobong mine, sending its shares 18% higher to 0.65p.

Production resumed on 26 October after the company installed a back-up power generator.

The processing plant is currently operating at between 80% and 90% of full capacity as the new power generation system is being optimised, Firestone said.

Shares in Argos Resources Limited (LON:ARG) surged 15% to 2.75p after the Falkland Islands Government extended the second term of the company’s PL001 licence.

The licence has been extended by eighteen months to 1 May 2021, with no additional work commitments.

Argos, an exploration company focused on the North Falkland Basin, has a commitment to drill one exploration well within the licence area by the end of the second term of the licence.

Iconic Labs PLC (LON:ICON) has performed a soft relaunch of LGBT+ news website Gay Star News (GSN) after previously acquiring the site for £33,000 in September. The media firm said revenue is now being generated from advertising on the brand’s Facebook page, while a formal relaunch of the GSN website and a rebranding is planned in the near-term.

Mosman Oil and Gas Limited (LON:MSMN) shares surged in early deals as the company dangled the prospect of becoming cash-flow positive. In the year to the end of June, the company saw revenue rise to US$1.11mln from US$740,853 the previous year but this only tells half the story as two of its wells (Stanley 1 & 2) only commenced production this year while Stanley-3 has come on stream in the current financial year – i.e. since June. As a result, the board believes becoming cash flow positive on a company level is “an increasingly achievable objective”.

Europa Metals PLC (LON:EUZ) said it was now “formalising and developing” its stakeholder engagement programme for the Toral Project after meeting local mayors in the Castilla y León area of north-west Spain, which is host to the lead, zinc and silver deposit. “Mining activity should only go forward with correct, standardised community engagement and we are fortunate to be operating in a mining region where community representatives fully understand the impact of future mining development,” said Europa director Laurence Read. The local mayors have said they want to work with Europa on the next round of meetings.

Oncimmune Holdings PLC (LON:ONC) has clinched a commercialisation deal with US diagnostics firm Biodesix for its EarlyCDT Lung cancer test. The biotechnology group said the deal, originally announced in June, will be worth up to US$28mln over the next five years, with the agreement open for renewal for another five year period up to 2029 and thereafter.

Genel Energy PLC (LON:GENL) provided the antidote to some rather lacklustre trading from the UK oil industry’s two super-majors as it weighed in with a “robust” third-quarter update that has set the scene for higher dividend payments going into 2020. “We continue to deliver on our strategy,” said chief executive Bill Higgs. “Robust production is generating material free cash flow, which we are recycling into low-risk and quick returning projects.”

Tower Resources PLC (LON:TRP) has signed a contract for a site survey at its intended Njom-3 well location on the Thali licence, offshore Cameroon.   The survey is the final operational step before drilling starts, said Tower. MV Investigator will arrive in Cameroon between 15 November and 30 December, subject to permits and the requisite license extension being received from the Ministry of Mines before mobilisation.

Touchstone Exploration Inc (LON:TXP) has boosted its long-term credit facility by C$5mln to C$20mln to fund the second exploration well on its Ortoire concession in Trinidad and Tobago. The 8% fixed interest rate on the facility remains unchanged though the Production Payment Agreement rises to 1.33% of petroleum sales from 1% previously.

ADES International Holding PLC (LON:ADES) has hired Khaled Hassan as its new chief financial officer, with effect from 1 December 2019, replacing Ahmed El Khatib who has been in the role for two years. The company, which specialises in onshore and shallow water jack-up rigs for oil and gas drilling, noted that Hassan most recently served as chief financial officer at Egyptian firm Cleopatra Hospitals Group, having held previous positions at Franke, Olympic Group, ASEC Holding (NDT), Gozour Holding, and Dina Farms.

Arc Minerals Limited (LON:ARCM) has announced the appointment of Rémy Welschinger as its new finance director to replace John Forrest, who is retiring. Welschinger, an existing director of the AIM-listed mining company, is also the founder and managing director of Limehouse Capital, an investment holding company specialising in natural resources projects.

Katoro Gold PLC (LON:KAT) has updated investors regarding the sale of the Imweru gold project, located in Tanzania, to Lake Victoria Gold Limited, a private Australian group. While the two miners initially deferred the completion to 31 October, Lake Victoria has now requested a further extension, currently under consideration by Katoro’s board.

United Oil & Gas PLC (LON:UOG) has handed back two licences it was provisionally awarded in the UK’s 31st licensing round. At the time of the award, Blocks 98/11b and 98/12 in the English Channel included an area adjacent to the Colter South discovery. The acreage was subsequently amended by the UK Oil and Gas Authority, which meant the blocks no longer were next to Colter South nor contained the targets that interested UOG and its partners.

RM Secured Direct Lending PLC (LON:RMDL) announced that it has renewed and amended its Revolving Credit Facility with OakNorth. Under the terms of the amended RCF, the company may draw down loans up to an aggregate value of £10.5mln, on materially similar terms as the previous RCF, and the new facility will expire in November 2020. RM said the RCF will provide it with flexible capital for maintaining and preserving liquidity and general corporate purposes including to invest in the substantial pipeline of investment opportunities.

ADM Energy Plc (LON:ADME), said that the second stage of the conditional fundraising, announced on 30 September 2019, which amounts to £278,910, has been subject to further delays. The company said it will provide a further update to the market in due course. 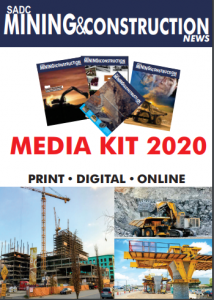 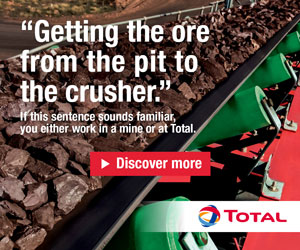 Dutch group hired for a natural gas project in Mozambique