Honeywell combines the brimming potential of augmented reality and virtual reality into an outcome-driven safety solution for the mining industry.

Technology giants Google, Apple and Facebook are leaping on virtual reality (VR) and augmented reality (AR) to elevate their browsers, apps and content.

They offer so much potential that Facebook has constructed five Facebook Reality Labs to drive AR/VR technology into the future.

VR and AR are touted for their ability to elevate people’s perception of reality. They are hailed for their potential ability to transform the way people live and work.

Mining companies are not excluded from these benefits.

The emerging technologies are and have already impacted the way mining companies undertake professional training and operations.

Once a VR headset is placed over someone’s head, it closes the person’s vision of the reality into a designated place and expands his senses within. AR, on the other hand, takes the current reality and adds elements to it.

So what happens to the “reality” created by the two technologies when they are combined?

American multinational Honeywell is not afraid to venture into the possibilities of AR/VR integration with its global in-house expertise backing the safety ambitions.

“We work with partners that develop the hardware for us, but most of our AR/VR technologies are developed in-house,” Honeywell regional business director Aonghus Keegan tells Safe to Work.

“We have a very strong commitment to technologies that enhance the connected and safe worker, lifting worker productivity and that of their businesses.”

So the team looks at specific applications of VR and decides that it is a great, safe way to experience the real world, Honeywell global marketing director – products Annemarie Diepenbroek says.

“It’s a very exciting but also a natural progression in safety. That experience is not available in any other way except for being on the job,” she adds.

“The scenarios you capture on VR are occurring less often or are an emergency response that you don’t want to be exposed to.”

When Honeywell started its VR/AR journey three years ago, its first application of the technologies was intended for a single asset or environment.

The team realised then they needed a solid, integrated platform to deliver the solution on a large scale and in a cost-effective manner.

And so Honeywell embarked on the journey with a platform that provides virtualisation for an asset that can be used during the lifetime of that asset.

“We started very early because we were great believers in the technology. And we also wanted practicality. We’re a company that wants to deliver outcomes – that’s clear to us” Diepenbroek says.

“It’s going to be a natural progression for any industry. We have no doubt about its success.” The combination of VR and AR have, indeed, proven to deliver productivity and safety results for Honeywell customers.

Diepenbroek sees a dramatic improvement in field efficiency as operators have been trained on how to complete a task.

She also sees reduced field preparation time because operators can be prepared faster before going into the field.

In some recorded scenarios, AR/VR users such as tunnel operators and mobile field operators only take minutes to complete a work scenario where they’d previously taken several hours.

Operators end up bringing a broader scope of responsibilities because they are better trained and more effective, according to Diepenbroek.

Honeywell’s VR/AR solutions work by facilitating close collaboration between a trainer and trainee, and also among trainees however distant they may be. 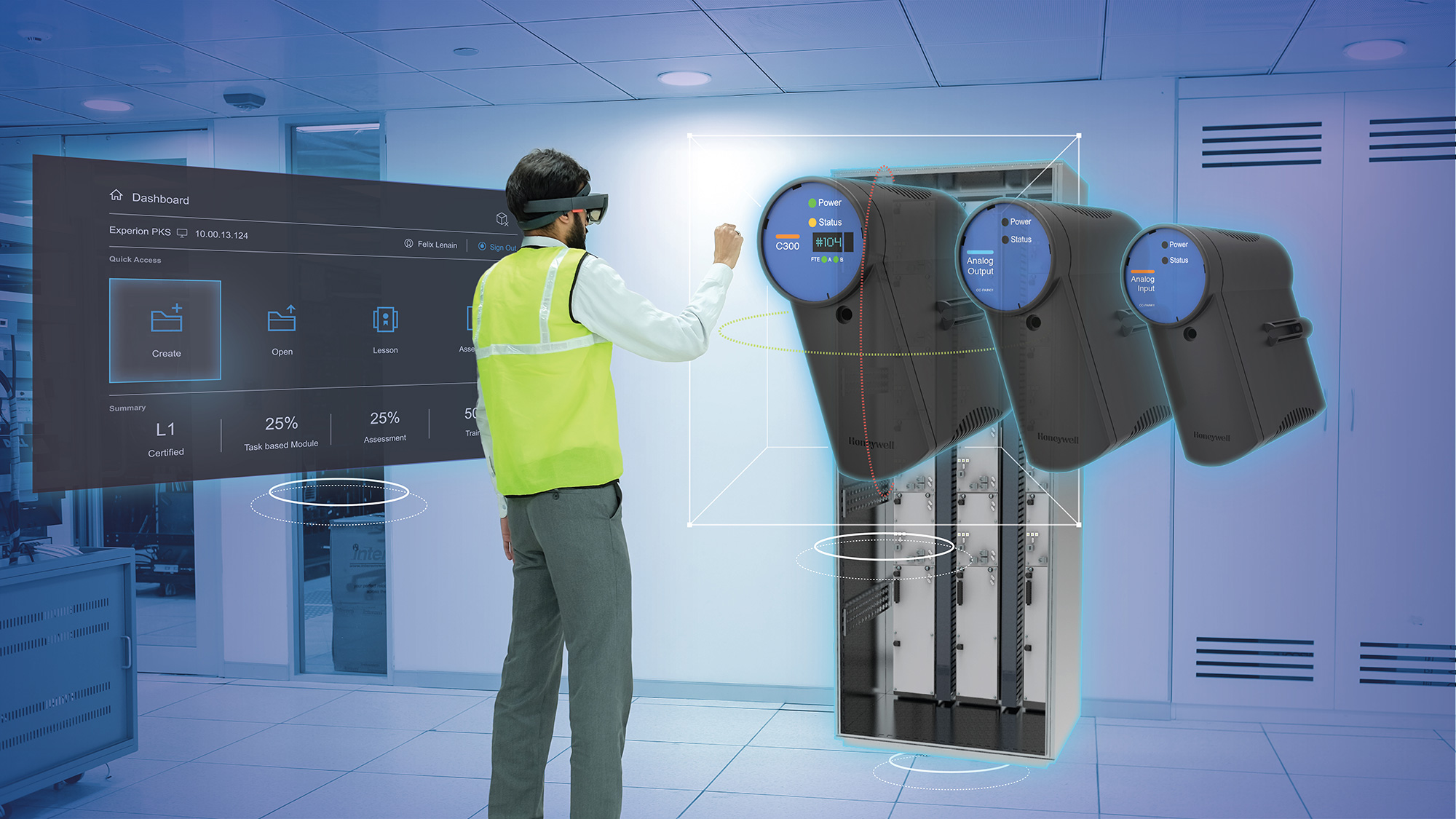 “The platform is able to remotely and instantly connect people. The trainer might be thousands of kilometres away from the trainee, and they still collaborate live on a virtual mode,” Diepenbroek says.

“That makes it powerful because you’re not specific to a location. We always focus on collaboration in learning because people learn best by collaborating. And users love that aspect of this solution.”

This article also appears in the Jan–Marc edition of Safe to Work.